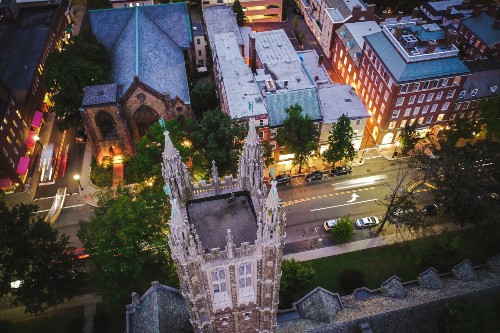 Central New Jersey enjoys a rich history of rebellion, invention, architecture, and music which can be enjoyed by visiting historical sites, performance venues, and the curated collections of museums throughout the state. George Washington’s 1777 victory in Princeton, New Jersey helped pave the road to success for settlers and visionaries in the Garden State for years to come. We look forward to helping you find your perfect home as you continue on your path of success and contribute to the rich culture of modern day America. Here are five historical attractions in Central New Jersey to explore and inspire.

1. Thomas Edison Center at Menlo Park: Where would we be today without the music we enjoy through radio, streaming services, and digital recordings? Thomas Edison deserves a great deal of credit for his contributions to modern society including the original phonograph invented at his first laboratory in Central New Jersey. The lab was in operation from 1876-1886. Edison then built a larger laboratory in West Orange New Jersey where he worked for the following 44 years before passing on October 18, 1931, at the age of 84. You can view original artifacts in the museum and listen to phonograph recordings over 120 years old, and unwind on a pleasant walk on the nature trail through the 36-acre state park.

2. Count Basie Center for the Arts: Enjoy a show or musical performance in the historic 1926 Carlton Theater, renamed the Monmouth Arts Center in 1973, and again renamed in 1984 as the Count Basie Theater in honor of New Jersey born and bred master pianist, bandleader, and composer Count Basie. William James “Count” Basie formed the Count Basie Orchestra in 1935 and led the band for almost 50 years. The Count Basie Orchestra took full advantage of the recording technology of the day, recording over 480 albums. They quickly garnered an international following and enjoyed success with hits early in their career in the 1930s and 1940s. Four of the recordings are included in the Grammy Hall of Fame including the iconic 1937 One O’Clock Jump on the Decca label. The band has received 9 Grammy awards. Count Basie passed away in 1984, but the orchestra lives on: performing for royalty and at jazz festivals around the world. You, your family, and your friends can enjoy a show or performance by masters old and new at the Count Basie Center for the Arts… or enjoy a film at the Basie Center Cinemas.

3. Asbury Park Beaux-Arts Buildings: The architectural remnants of the Beaux-Arts style, taught in Paris in the 1800s, stand as a reminder of the historically ornate and decorative style in Asbury Park, New Jersey. The 1929 Carousel Building is now home to the Wooden Walls Project and is used by bands and local theater groups.

4. Princeton Battlefield State Park: George Washington crossed the Delaware on December 25, 1776. The ten day campaign that followed ended with victory at the Battle of Princeton on January 3, 1777. Visitors to the Princeton Battlefield State Park can tour the battlefield grounds, tour a 1772 Quaker farmer’s house (including the original two-story house, carriage barn, and smokehouse) complete with Revolution period furnishings, and the Stony Brook Friends Meetinghouse (built in 1726 and rebuilt in 1760 after a fire) which sheltered the wounded after the battle. There is a path that travels the perimeter of the park, and the 589 acre Institute Woods (adjacent to the park) provides hiking, bird watching, and cross-country skiing opportunities in the winter.

What’s My
Home Worth?